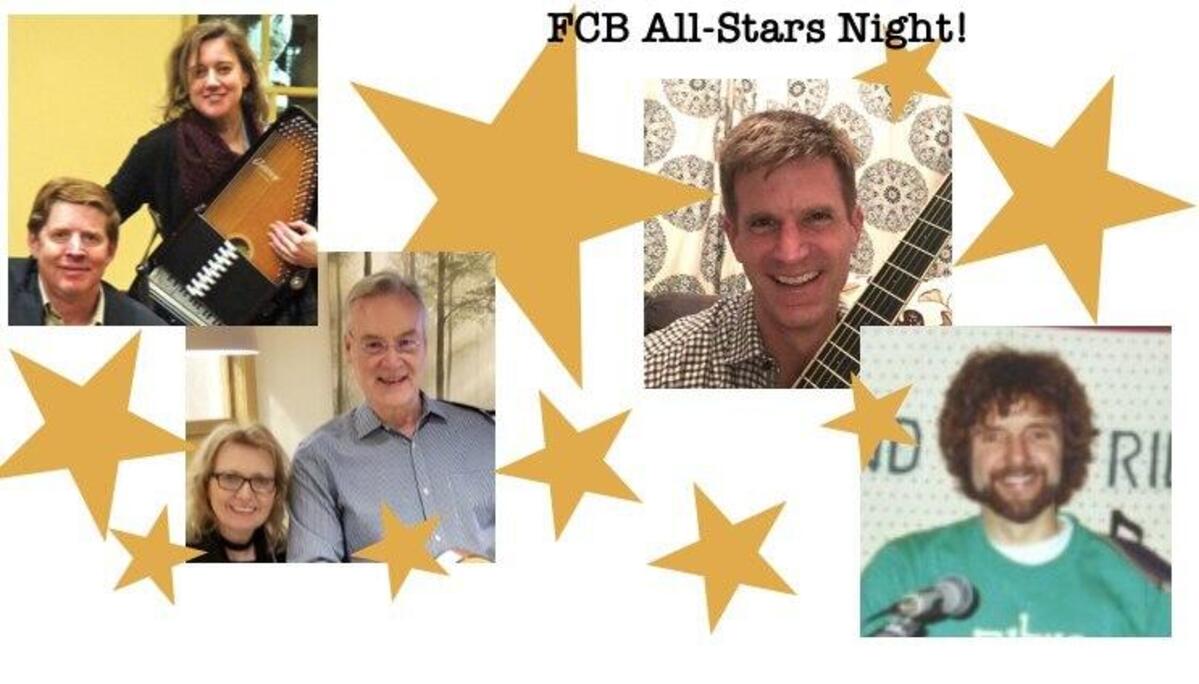 After considerable thought, and to be consistent with Governor Baker’s recommendations in his declaration of a State of Emergency on Tuesday, March 10, we are sorry to say that we are going to postpone tomorrow night’s coffeehouse. We’ll reschedule as soon as we can!

Thanks for your understanding. We’ll see you at the next coffeehouse!

Bayard is a life-long singer, guitar player, and choral performer, although never professionally. He has a super-power: he can quickly write silly songs to celebrate family events. However, for this open-mic night, he will be performing a short set of not-quite-as-silly original songs.

Roger and Gerri started their singing friendship 8 years ago as members of the FCB's Nova Choir. With Roger on guitar, sometimes mandolin, and Gerri on autoharp, they perform together within the wider church community and around town. Their good friend Jim Sugarman will also join them for their set!

Pamela and Darrell enjoy performing songs with close harmonies that convey the range of emotions of the human experience. They started performing a the coffeehouse with their son, Avery, in 1996.

Second Friday Coffeehouse co-founder Jim Hall has been singing for over sixty years, and has performed classical, pop, musicals, and barbershop. His set will include songs by the “masters” of the 50s and 60s Folk Revival.