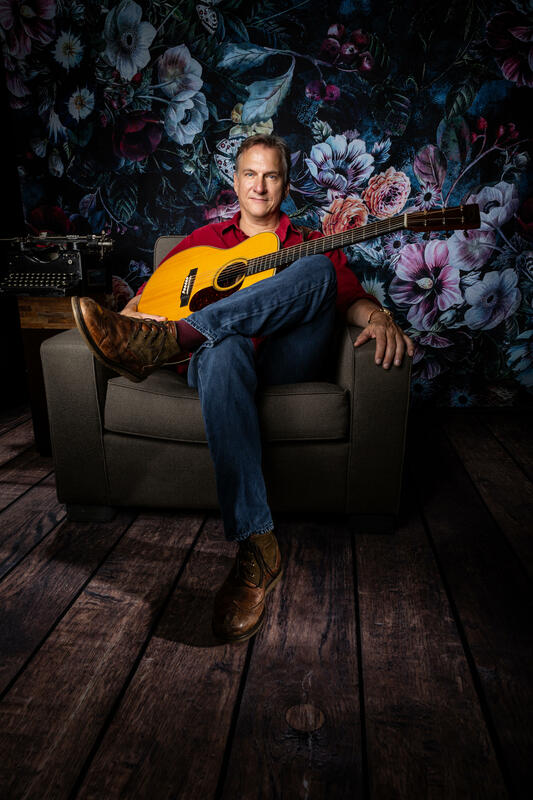 “Despite his success and sense of history, Mr. Paul remains an artist with his eye on the future and an interest in discovering the transformative potential in his music.” - The New York Times

Some artists document their lives through their music. Others chronicle their times. It’s a rare artist who can do both, telling their own story through songs that also encapsulate the essence of people and places who have helped define their era overall. Woody Guthrie, Bob Dylan and Bruce Springsteen all come to mind. Yet few songwriters can relate their own life to the life experienced by others who find that common bond — the exhilaration of the open road, the celebration of heroes, the coming of age, the hope for redemption, the sharing of love, intimate, passionate and enduring — the way that Ellis Paul does.

Smart. Literate. Poetic. Singular. Storyteller. Folksinger. Yes, but Ellis Paul is far more. How much more? An incredible 30-year career. 15 Boston Music Awards. 20 albums. Newport Folk Festival. Carnegie Hall. Hundreds of venues from Alaska to Miami, Paris, and London. Dozens of compilations, commercials, documentaries, TV shows, and blockbuster movie soundtracks. He is one of the finest singer/songwriters of his generation — for many, the face of contemporary folk music — and probably no artist on the acoustic music scene is better loved by fans, or more respected by his contemporaries than Ellis Paul. Come to this first concert of our 35th Anniversary Season and find out why.

Second Friday favorites Heather Quay and Jon Svetkey — now using the folk friendly name “The Yellow Room” — have been singing and strumming together for over twenty years. Their original songs combine elements of classic pop, folk and country music while showcasing their love of two-part harmony and fun.

Heather has been on the stage for many years. As one half of Quay & O’Conor, she performed at colleges and clubs throughout the Northeast, including Columbia University, CBGBs and Club Passim, and released an album of original music. Jon, and his band, The Loomers, have performed at venues such as The Rock and Roll Hall of Fame, The Bluebird Cafe in Nashville, The Hatch Shell in Boston, Club Passim, Caffe Lena, and Fenway Park. He co-headlined writers-in-the-round nights with folks like Kristian Bush of Sugarland, Dar Williams, and Peirce Pettis. 30 years ago, Jon co-founded the seminal songwriter collective End Construction. -- along with Ellis Paul, Brian Doser and Jim Infantino. Jon has released 10 albums of his music and his songs have appeared on CBS, Cinemax, The CW, MTV, NBC, and PBS.