Scott Janovitz is a Boston-based musician who has been a member of The Great Bandini, The Russians, The Figgs, and Graham Parker's touring band The Latest Clowns. In 2010, he released Crashing The Party, an album that earned him a Boston Music Award and was named among the "Best Music of 2010" by the Wall Street Journal. In 2015 he released the Fall In EP, which was followed in 2016 by the singles "Soft/Loud" and "Everlasting Health." He's a producer and engineer, working with artists such as Graham Parker and Tanya Donelly (Belly, Throwing Muses), and his songs have been featured in numerous network television shows and feature films, including the original score for the Parker Posey movie The Love Guide. A new solo album is due in 2017. 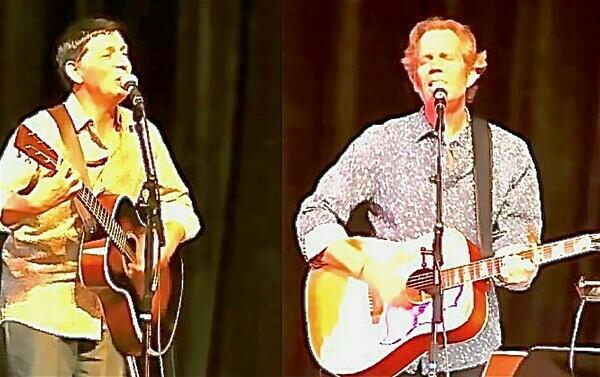 Second Friday favorites Jim and Paul are back!. This time around they’ll be singing some of their favorite songs, accompanying themselves on acoustic and electric guitars and mandolin. Always a treat to hear, Jim and Paul will make you smile!