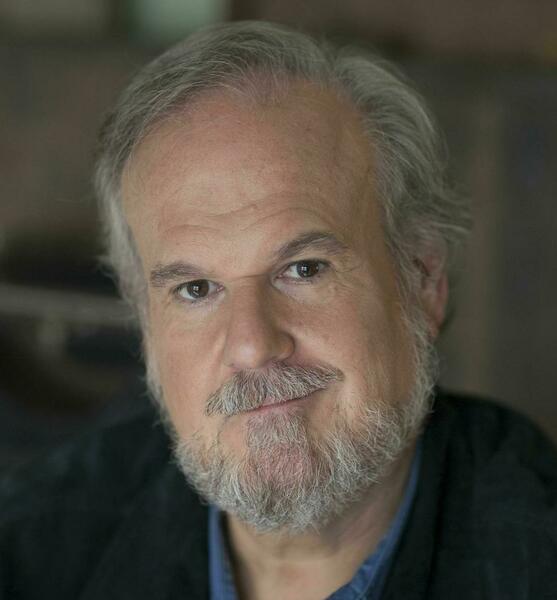 Scott Alarik is best known as a writer, who covered folk music in the Boston Globe for over 20 years. He writes and hosts Folk Tales, a weekly program on WUMB public radio, and is the author of Revival: A Folk Music Novel, winner of the Benjamin Franklin Silver Award for Popular Fiction. He is also a folksinger-songwriter who toured the national folk circuit and performed regularly on A Prairie Home Companion.

Garrison Keillor wrote, “I have rarely seen an audience in such a good mood as when he’s just been there.”

Born in Minneapolis, Minnesota, Scott became a folksinger after graduating from high school in 1969. He became a weekend regular at an oh-so-‘60s coffeehouse called Heads Together. He also actively opposed the Vietnam War, joining the Resistance Movement while still in high school by publicly refusing to register for the draft. He was convicted of resisting the draft and served 19 months in federal prison.

After his release in 1972, he became a fixture on the national folk circuit, performing regularly on A Prairie Home Companion, releasing three vinyl albums, and headlining such legendary venues as the Coffeehouse Extemporé, Caffé Lena, Godfrey Daniels, The Speakeasy, and Passim. He continues his extraordinary career these days, appearing at coffeehouses near his home in Cambridge, Massachusetts, and releasing two CDs, “-30-” and “All That Is True.”

The Second Friday Coffeehouse is thrilled and honored to welcome him back to our stage.

Second Friday Coffeehouse co-founder Jim Hall has been singing for over sixty years, and has performed classical, pop, musicals, and barbershop. Jim performs regularly with the Arlington-Belmont Chorale and has traveled to several foreign countries with the Sharing a New Song Chorus. He especially enjoys performing folk music because of the emotional accessibility of the songs. His set will include songs by the “masters” of the 50s and 60s Folk Revival.